Explaining The Math for Hyperbaric Oxygen 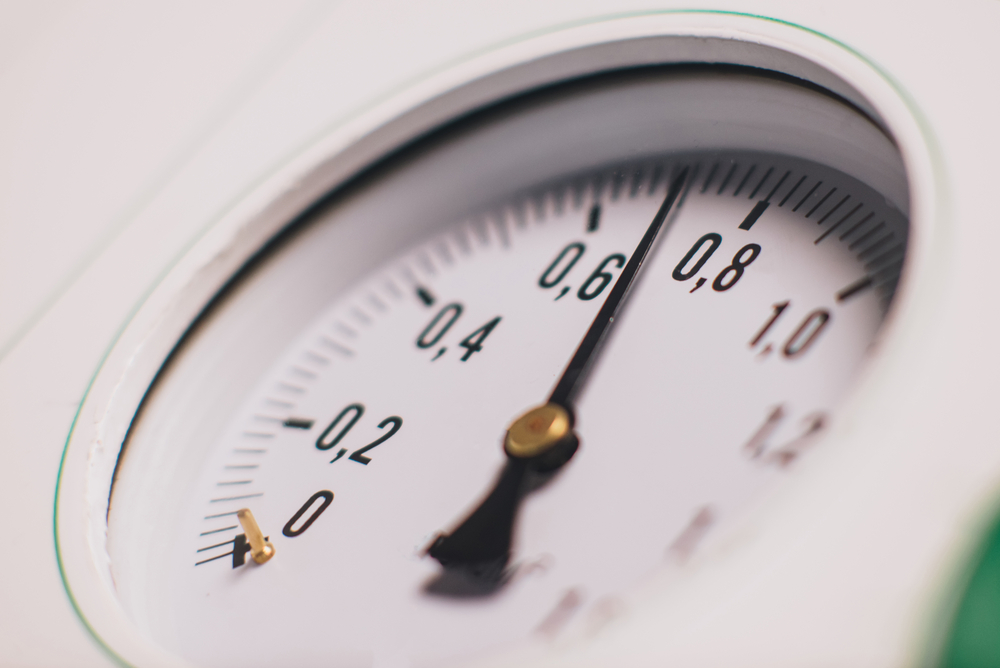 The math for hyperbaric oxygen can be confusing. I wrote an article for Today’s Wound Clinic about the ethics of off-label hyperbaric oxygen therapy. I said I’d provide the math here.
The earth’s atmosphere weighs down on us with a specific amount of pressure. If you are standing at sea level (let’s say you live in Houston, like me), then you are experiencing 1 “atmosphere” of pressure. Each time you descend into the ocean 33 feet, the additional amount of pressure your body is exposed to is equivalent to another “atmosphere.” By convention, when talking about pressurized environments, we “count” the fact that everyone starts at sea level, so we speak about “atmosphere absolute” (ATA).
Hyperbaric oxygen therapy was born out of the diving industry since chambers were used to recompress divers with “the bends.” In the USA, many gauges read in “feet of sea water” (or at least they used to), which is abbreviated “fsw.”  I hope you are still with me. Trust me, this will be fun in a second.
If you dive 33 fsw into the ocean, you are now at 2 ATA (1 atmosphere of the earth + 1 atmosphere of water). Now let’s talk about the gases in the air. There’s another way to measure pressure and that is millimeters of mercury (mmHg). At sea level, the total atmospheric pressure is 760 mmHg. As you may remember from high school science, 21% of that is oxygen. Therefore, you are breathing approximately 160 mmHg of oxygen, and the rest is mostly nitrogen.
“Low pressure hyperbaric oxygen” is being provided at a number of medical spas, and inflatable chambers are even being sold to provide this. Let’s do the math to figure out how much oxygen they provide if pressurized with air.
A portable chamber can be pressurized to 1.3 ATA of pressure or 988 mmHg total pressure. If you pressurize it with air (like pumping up a tire), and are breathing the air inside the chamber, then you are breathing 160 mmHg Oxygen x 1.3 ATA = 208 mmHg. What is that equivalent to?
208 ÷ 760 = .27 or 27% oxygen
In other words, breathing air at 1.3 ATA in an inflatable chamber is equivalent to breathing 27% oxygen a mask, which can be accomplished sitting in my living room in Houston at sea level. You don’t need a chamber for that.
In a randomized controlled trial (RCT) widely cited by advocates of HBOT for autism, 62 young children with autism spectrum disorder (ASD) were treated with 24% oxygen administered at 1.3 ATA in a traditional hard-sided hyperbaric chamber. Their results were compared to a sham group treated with 21% oxygen (room air) in a chamber pressurized to only 1.03 ATA.  The authors found that the “HBOT group” significantly improved in their overall functioning, language and social skills, eye contact, and cognitive behavior compared to the control group.

Let’s do the math on the CP study:

760 mmHg x 1.3 ATA = 988 mmHg (total pressure)
988 mmHg x .24 = 237 mmHg O2 breathed by the children in the chamber
237 ÷ 760 = .31 = 31% Oxygen at sea level
The amount of oxygen provided to the children in this autism RCT could have been easily achieved at ground level breathing oxygen from a mask. In other words, the children who were touted as receiving “hyperbaric oxygen therapy,” could have been treated just as easily without going into a chamber. Oxygen breathing at sea level can provide a higher partial pressure of oxygen with less risk of side effects and at much lower cost than “low pressure hyperbaric oxygen” in a hyperbaric chamber.
I am an open-minded skeptic on the use of HBOT for most off-label conditions, but I am a firm believer in math and the physics of gas laws. I kid you not that there is real discussion as to whether the added NITROGEN is beneficial, and there is further discussion about the fact that simply BEING in a chamber seems to help some people with benefits beyond the placebo effect that may have a lot to do with the environment created by the trial. That does NOT change the math.