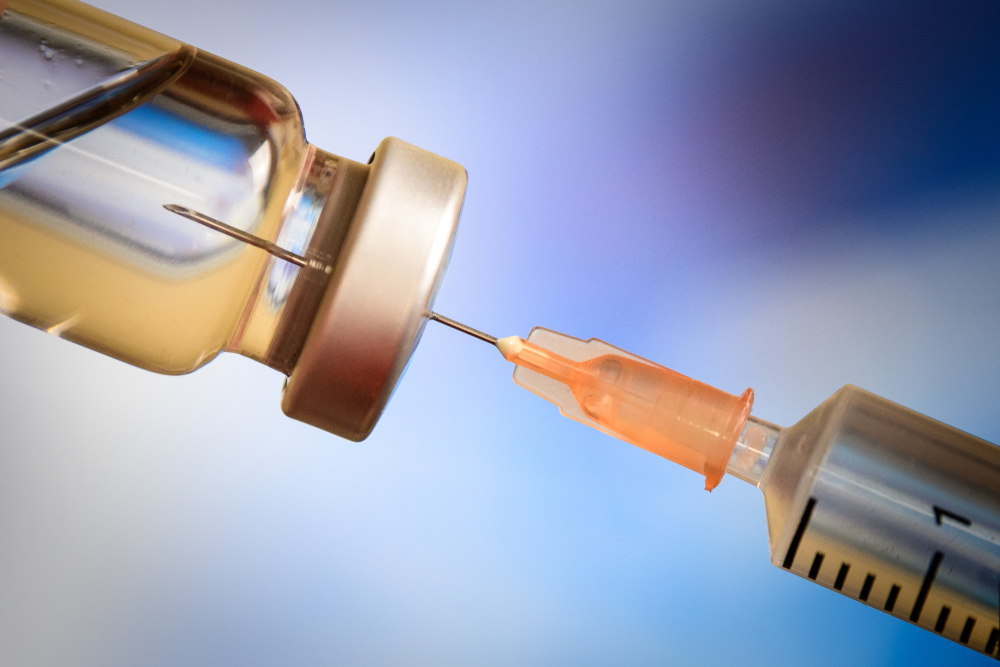 Here’s part 2 of an article by Dr. Marissa Carter about a topic I am following closely – the development of a COVID-19 vaccine.
–Caroline

One of the first vaccine makers out of the gate was the University of Oxford in the United Kingdom (UK), which has partnered with the biopharmaceutical company AstraZeneca. It started Phase I and II trials simultaneously in April in the southern UK with healthy volunteers aged 18-55 years (these are complete), and recently initiated its phase III trial (see Part 1 for an explanation of these phases). The group at Oxford already had an advantage in the development of a Coronavirus vaccine, because they had employed a viral vector technology to develop a vaccine for the Middle East Respiratory Syndrome (MERS). Thus, it was a relatively simple matter to use the MERS knowledge they had gained to insert the SARS-CoV-2 spike protein into a viral vector. The SARS-CoV-2 spike proteins constitute the outer surface of the virus, and are the reason the virus appears to have a “crown” (hence the name “Coronavirus”). These spikes form the contact points with the cell membranes that the virus intends to invade and ultimately the mechanism by which the viral RNA is delivered into the cell, so it can be translated by the cell’s machinery to produce new virus particles. However, instead of letting an inactivated form of the virus bind to the cell membrane, another harmless virus is used to do that instead. This is known as the viral vector and in this instance is a replication-deficient simian adenovirus, meaning that this virus cannot cause disease by itself. Thus, the spike proteins are piggybacked on to the adenovirus and after the adenovirus invades a cell, they are presented to the immune system so that antibodies to the spike protein can be made.

The combined phase 1/2 study randomized most of the 1077 participants to receiving either the SARS-CoV-2 vaccine or an already on the market vaccine for meningitis. It was blinded, meaning patients did not know which vaccine they were getting. There were 4 groups:

All Adverse Events (AEs) were either mild or moderate in the SARS-CoV-2 groups (see Part I for an explanation of the AE classification). AEs peaked after the first 2 days and by day 7 had pretty much disappeared. About 30% of subjects had no post-vaccination symptoms.  A single dose elicited both humoral (blood) and cellular responses against SARS-CoV-2, with a booster immunization further elevating antibody titers (levels) to the virus (called “neutralizing antibodies”). Interestingly, a small number of trial subjects had high levels of neutralizing antibodies to COVID-19 before they began trial participation, which probably means they had a prior asymptomatic infection with COVID-19. Those individuals who had high virus antibody titers already when they were vaccinated, and who received the vaccine booster drug (ChAdOx1 nCoV-19) developed even higher antibody titers. These last two findings are especially encouraging if you read my previous article about Antibody-Dependent Enhancement (ADE), which described the worrisome possibility that antibodies to a prior infection with COVID-19 could make a person MORE vulnerable to a different strain of that virus.

These are exciting results, especially after only one vaccine dose. The bad news is that there was a high rate of adverse events, which may discourage many people from vaccination. The phase III trial is taking place in the UK, the USA, Brazil, and South Africa, and will finish at the end of November, which means that the U.K.’s Medicines and Healthcare products Regulatory Agency will have the results by the end of the year.

Moderna is a US biotech company that has co-developed a vaccine with the National Institute of Allergy and Infectious Diseases (NIAID), part of the National Institutes of Health (NIH). It is the first vaccine to be implemented under Operation Warp Speed, a multi-agency collaboration led by the U.S. Department of Health and Human Services (HHS) that aims to accelerate the development, manufacturing and distribution of medical countermeasures for COVID-19. NIAID and the Biomedical Advanced Research and Development Authority (BARDA) of the HHS Office of the Assistant Secretary for Preparedness and Response are funding the trial.

The vaccine, known as mRNA-1273, embodies the newer Messenger RNA (mRNA) approach (see Figure 1 below). This technique does not use part of the virus in the vaccine but utilizes a modified messenger RNA of just the S [spike] protein, coated with lipid (fat) nanoparticles for effective delivery. Once injected into the muscle, the muscle cells take up the lipid nanoparticles (LNPs) and then release the mRNAs into the cytoplasm for translation into the S proteins. These endogenously-synthesized S proteins activate both humoral and cellular immune responses. Phase I comprised a dose-escalation, open-label trial with 45 healthy adults, 18 to 55 years of age, who received two vaccinations, 28 days apart, with mRNA-1273 in a dose of 25 μg, 100 μg, or 250 μg. There were 15 participants in each dose group. The adverse event profile was similar to the Oxford vaccine after the first injection but after the second injection, the percentage of severe ratings (not the same as an SAE) in the 50 and 100 μg groups increased (up to 20% for some types of symptoms). Immune responses were robust and dose-related.

The phase II trial, which included subjects older than 55 years, has just finished up although we have no details as yet on the results. The phase III trial has just commenced. This would suggest that the approval timeline—if there are no issues—will be similar to the Oxford vaccine. While it is likely that this vaccine will comprise two shots, it is a good bet that the final dose will be 25 or 100 μg.

CanSino is a Tianjin-China based vaccine company that has developed a SARS-Cov-2 vaccine jointly with the Institute of Biotechnology of the Academy of Military Medical Sciences of the People’s Liberation Army. In March 2020, CanSino signed an agreement to collaborate with the National Research Council of Canada (NRC) in regard to their vaccine candidate Ad5-nCoV. This vaccine uses the same approach as that of the Oxford Center, and CanSino was the first to report its phase 1 results.

The phase I trial was a dose-escalation, single-center, open-label, non-randomized, study conducted in Wuhan, China. One hundred and eight healthy adults aged between 18 and 60 years were sequentially enrolled and allocated to one of three dose groups (5 × 1010, 1 × 1011, and 1·5 × 1011 viral particles) via a single intramuscular shot for the low- and medium-dose group and two shots for the high-dose group. Safety was assessed over 28 days post-vaccination. The safety results were similar to the Moderna vaccine phase 1 trial and the efficacy results reasonable, although this was not the study’s primary goal.

The phase II trial, also conducted in Wuhan (so one trial site again), was a randomized, double-blind, placebo-controlled study. Healthy adults aged 18 years or older (508 in total) were randomly assigned to the low- and moderate-dose vaccine used in the phase I trial, or placebo. Investigators allocated participants at a ratio of 2:1:1 to receive a single injection intramuscularly in the arm. The primary endpoints for immunogenicity were the geometric mean titers (GMTs) of specific ELISA antibody responses to the receptor binding domain (RBD) and neutralizing antibody responses at day 28. The primary endpoint for safety evaluation was the incidence of adverse reactions within 14 days.

The trial went well generally, with subjects allocated to the higher dose predictably having the more severe adverse events. However, 52% of subjects had a high preexisting immunity to the viral vector, which lowered the responsive binding and neutralizing antibody levels by about half compared to subjects with no preexisting immunity to the adenovirus. Also, the overall immune response for subjects older than 55 years was significantly poorer compared to younger subjects. This may mean that older subjects would need two doses in order to stimulate a credible immune response, but even that may not constitute great real-world effectiveness.

However, it is likely this vaccine has reached a dead end. For one thing, CanSino faces domestic competition, and even though the military is interested, finding a suitable place to conduct its phase III trial is becoming problematic due to the politics of the virus and the lack of SARS-CoV-2  cases in China. China is even punishing Canada, despite the prior agreement that has been signed between the two research establishments.

There are of course quite a lot of other vaccine trials taking place and the Regulatory Affairs Professional Society (RAPs) has a nice detailed table of where each of the candidate vaccines are in respect of trial phases. We still have a long way to go. It’s going to be the end of 2020 before we have some preliminary reports of phase 3 trials. However, so far, the results are encouraging. We need to have a far better assessment of safety and immune response profiles for all ages and ethnicities. At this point my chief concern is efficacy, especially in regard to older individuals. Preexisting immunity to the adenovirus used in vector-based vaccines is also a worry. We also have a lot of education to do if we’re going to persuade individuals to take the vaccine when the time comes. The latter may turn out to be the biggest battle of all.